We are happy to confirm that One Piece Pirate Warriors 4, will be available from March 27th,2020 on PlayStation®4, Xbox One, Nintendo Switch and PC. Players that preorder the game will also be rewarded with an early unlock of the Vinsmoke Brothers (Ichiji, Niji and Yonji) and 2 exclusive costumes to be revealed at a later date.

For the most dedicated European fans*, we are also revealing the Kaido Edition, that will include in addition to the game an exclusive diorama portraying the epic clash between Luffy and Kaido. 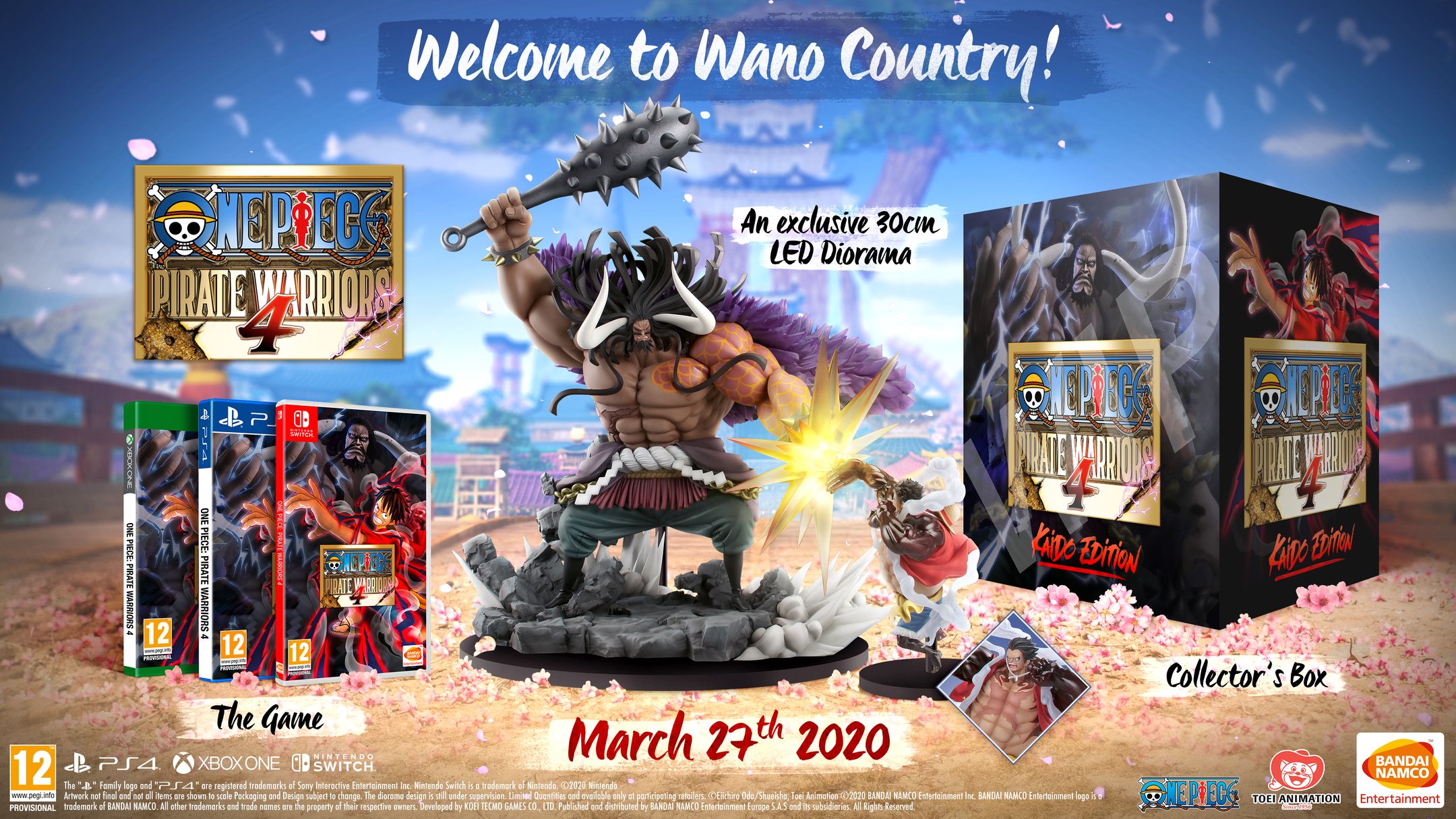 As a last gift for all our players we are confirming the addition for free and from launch day of four iconic Wano costumes:

As previously stated, One Piece Pirate Warriors 4  will feature an original ending as the manga is still running.

*The Kaido Edition will be available at select retailers