This comes alongside the announcement that JUMP FORCE will launch in February 2019 for the PlayStation 4, Xbox One and STEAM.

Kirua is the third son of the Zoldyck family - the most infamous and deadly assassins of the world. He was expected to join them, but chased his own fate by running away from home to become a Hunter.  Kurapika also had a difficult family history - as the last survivor of his clan. They are both very strong fighters that value their friends and they will do anything to protect them!

The four new characters follow the announcement last week that Yugi Muto, protagonist of Yu-Gi-Oh!, will also be a playable character in the game - fighting with his summoned Duel Monsters cards.

A new real-world stage is also unveiled, the Himeji Castle one of the most famous Japanese site will become an arena for the coming fight.

The game will launch with a Season Pass offer that adds nine new characters to the game’s impressive lineup as well as a Collector’s Edition which will come with an exclusive diorama statue that includes the three main heroes from the game; Naruto, Luffy, and Goku. 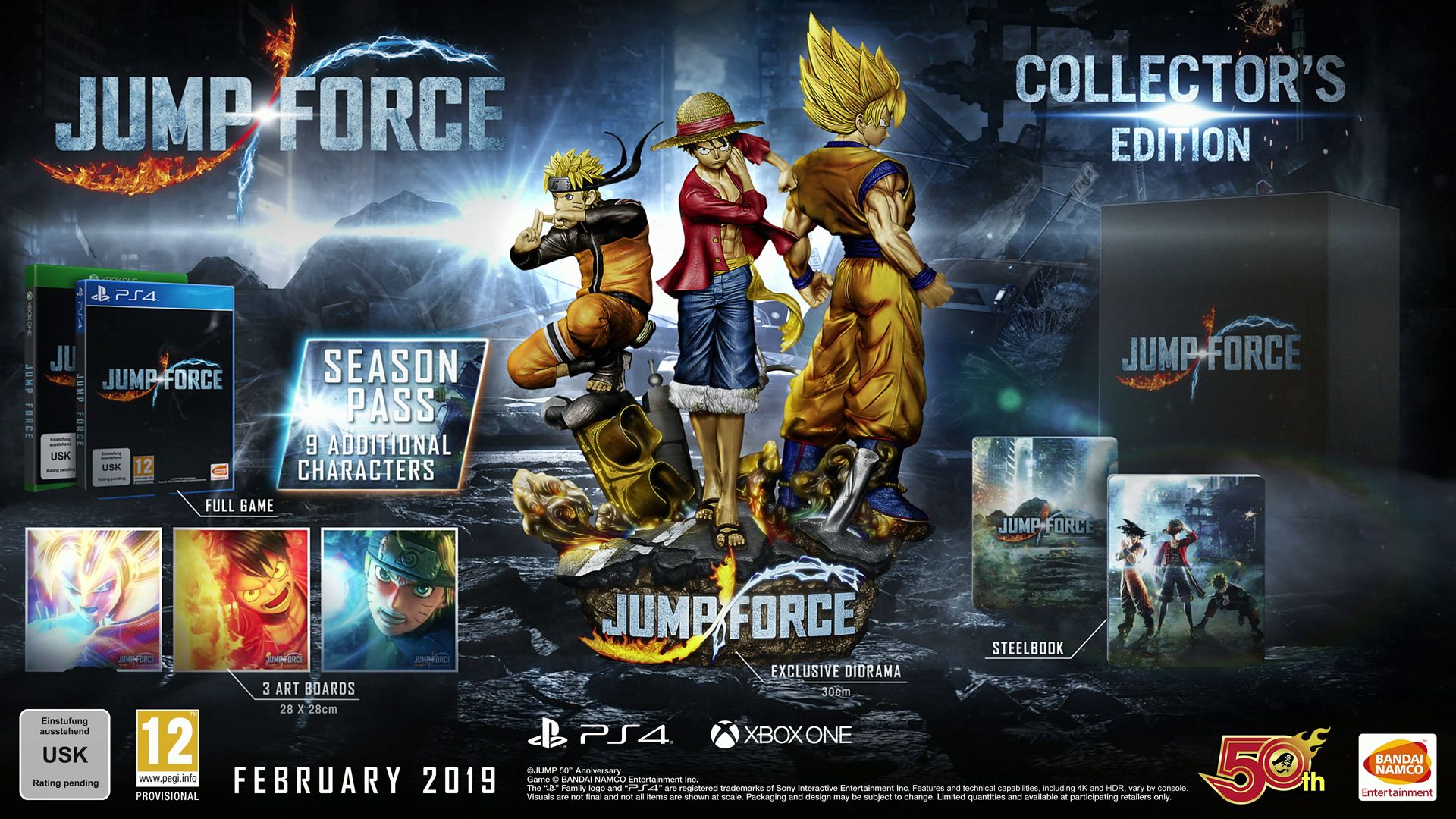 The JUMP FORCE Collector’s Edition will be available from €299.99, and will contain:

You can pre-order from our Official Store now: PS4   |   Xbox One

Players that pre-order any version of the game will also receive a new lobby vehicle, as well as three exclusive avatar costumes.

A closed beta test is scheduled for JUMP FORCE October 12-14th for the Xbox One and PlayStation 4. Spaces are limited and only open to members of the EP!C REWARDS CLUB. Registration will close on October 7th midnight CEST and closed beta codes will be sent by emails in the following days.

Join us at http://bnent.eu/account to become a member of the EP!C REWARDS CLUB.

The sessions will run at:

Looks so good, the roster is crazy so far.

Hello Bandai & Spike a long with keeping up your great on this game another thing which is going to inspire the community is taking care of your player base by increasing the time limit to 180-299 sec in other words give us the time from blazeblue cross tag the community would rejoice.Here is a video explaining potential changes or fixes that can be made to the game main priority though getting time fixed.  https://www.youtube.com/watch?v=6yfNxOieieQ

Hey Astralking986! Thank you for being a big fan of the game :) I have forwarded your feedback to the appropriate department to look into, and hopefully they'll be able to implement some of the changes in a future patch!